The Jones Library is excited to participate in the Yiddish Book Center’s “Coming to America” Reading Groups for Public Libraries, a program in which librarians arrange reading groups to discuss three books of Yiddish literature in translation, and one book related to an immigrant community served by their library.

This book discussion series, facilitated by librarian Linda Wentworth, will use these books to explore the ways in which immigrants change our country, and the ways in which our country changes those who immigrate here, as well as serving as an introduction to Yiddish literature in translation.  Through these discussions, participants will explore the range of immigrant experiences and how these experiences are portrayed in literature.

About the Discussion Series

Using Yiddish literature as a portal, the discussion series will feature Yiddish literature in translation that explores questions of identity, assimilation, language, cuisine, and generational change.  It will explore American identity as an ongoing conversation, a give-and-take between insiders and outsiders, and will compare these works written in the early 20th century to works by contemporary immigrant writers.

The book discussions will be held online via Zoom.  Links for the discussions will be sent to registered participants the day before the discussion.  Books are available to be signed out to participants in this discussion series, thanks to support from the Yiddish Book Center and the “Coming to America” program.  There are limited spaces available, and registration in advance is required.  To register for this discussion series, please email programs@joneslibrary.org.   Arrangements will be made for contactless book pick-up at the Jones Library after registration.

Motl the Cantor’s Son by Sholem Aleichem
Sholem Aleichem was one of the founding fathers of modern Yiddish literature and is one the most celebrated characters in all of Jewish fiction. Motl is the spirited and mischievous nine-year-old boy who accompanies his family on a journey from their Russian shtetl to New York, and whose comical, poignant, and clear-eyed observations capture with remarkable insight the struggles and hopes and triumphs of Jewish immigrants to America at the turn of the twentieth century.
Click here for Reading Resources

with special guest Professor Ilan Stavans, from Amherst College, presenting an introduction to Isaac Bashevis Singer
Enemies, A Love Story by Isaac Bashevis Singer
Isaac Bashevis Singer was a Polish-American writer in Yiddish, and was awarded the Nobel Prize in Literature in 1978. In our selected title, Herman Broder, a refugee and survivor of World War II, finds himself with three wives: Yadwiga, the Polish peasant who hid him from the Nazis; Masha, his beautiful and neurotic true love; and Tamara, his first wife, miraculously returned from the dead. Astonished by each new complication, and yet resigned to a life of evasion, Herman navigates a crowded, Yiddish New York with a sense of perpetually impending doom.
Click here for Reading Resources

A Jewish Refugee in New York by Kadya Molodovsky
Kadya Molodovsky was one of the most well-known and prolific writers of Yiddish literature in the twentieth century.  This book was originally published in installments in a New York Yiddish newspaper. In it,  Rivke Zilberg, a 20-year-old Jewish woman, arrives in New York shortly after the Nazi invasion of Poland, her home country. Struggling to learn a new language and cope with a different way of life in the United States, Rivke finds herself keeping a journal about the challenges and opportunities of this new land.  Molodovsy provides keen insight into the day-to-day activities of the large immigrant Jewish community of New York.
Click here for Reading Resources

The Leavers by Lisa Ko
Lisa Ko was born in the United States to immigrant parents, and her book The Leavers was a 2017 National Book Award for Fiction finalist, won the 2016 PEN/Bellwether Prize for Socially Engaged Fiction, and was a finalist for the 2018 PEN/Hemingway Award and the 2017 Barnes and Noble Discover Great New Writers Award.  This book tells the story of eleven-year-old Deming Guo who, when his undocumented immigrant mother disappears, is adopted by a family that attempts to make him over as an American teen while he struggles to reconcile his new life with memories of the family he left behind.
Click here for Reading Resources 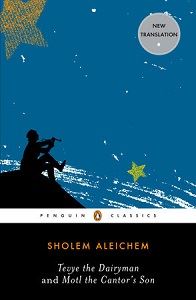 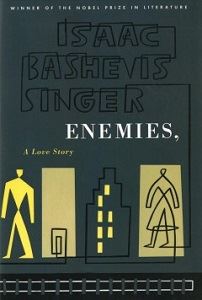 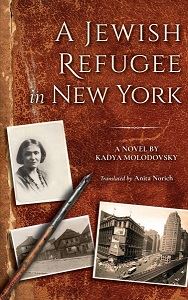 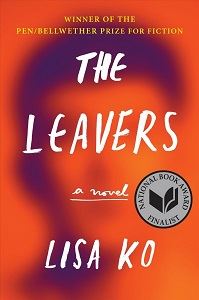